India braved the odds of battle against Iran, and emerged victorious 3-1 in the preliminary round Pool B at the 2012 Asian Youth Girls’ Championship. Read the latest news from volleyball world on worldofvolley.com. 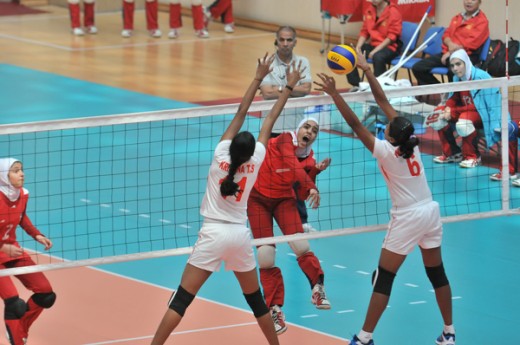 The encounter on Sunday at the Shuangliu Sports Center showcased a stark discrepancy in the teams’ style of play. Iran relied on a simpler, straightforward brand of offense, prioritising power over combinations. While India’s hitters wielded subtler spikes, they exhibited more variety in their plays, hitting upfront, from the back row, and even enabling dummies.

The Iranian side extended the breadth of their power in the service area. They scored a total of 20 points from aces alone. But their errors proved to be costly and instrumental in giving out sets one and two to the opponent.  They also lost out to India’s brave stance at the net.

In the succeeding set, Iran posted more aggressive attacks and capitalised on their superior serves.

Jini of India tried to retaliate with a rally to mount an Indian lead at 17-15. But Iran fought back to live another set  by tightening their defence to properly set up the winning plays.

Iran looked determined to send the match to the decider. Their service aces provided a big boost of confidence.  But Iran’s problems started when they could not get the ball sent properly to the setter. Attacks were compromised and taken hurriedly. Meanwhile, India continued set up their net defence, even converting on lone block efforts by Krishna.  The Iranian girls threatened to inch closer but later made untimely errors that cost them the fourth set and the match.

Krishna of India finished off with 17 points, including seven successfully converted blocks.

WL: Egypt and Montenegro in final of...