The organizers hope that Europe’s Volleyball family will join the final round of the 2013 CEV Volleyball European Championship – Men coming up next September in Denmark’s capital city. An animated movie shows the way to make it there. Read latest volleyball news on Worldofvolley.com. 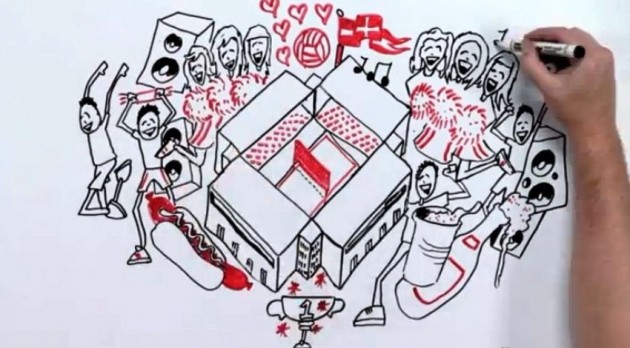 Where do I buy my ticket? How do I get to the arena? And how much does accommodation cost? There are always many questions in connection with a final round. Therefore the organizers of the 2013 CEV Volleyball European Championship – Men have worked out an entertaining animated movie to answer some of these questions.

“We want to make the men’s final round a championship for all of Europe. Therefore we have created an animated movie which shows how easy it is to come and watch all the matches and especially to travel to Copenhagen and be part of the historic final weekend” says Mads Bang Aaen, Director of the local Organizing Committee.

The animated movie has already been translated into Danish, English, Serbian, Slovakian, Czech, German, Polish, French, Dutch, Italian, Finnish and Russian. And the last versions are on their way.

“We want to make sure that as many people as possible know that it is easy to go to EuroVolley 2013 and get to Odense, Herning, Aarhus, Gdansk, Gdynia and Copenhagen from all over Europe. And it is important that people know that Copenhagen has everything from five star hotels to hostels and camp sites, so it is not only the rich people who can be part of the historic final four weekend in Parken” adds Mr. Aaen.

Watch your version of “The easy way to eurovolley2013” here:

Where Mia Jerkov is going to play...