Hypo Tirol INNSBRUCK lost tonight in straight sets to last year’s winners of Zenit KAZAN. Not satisfied with the loss but with the game his team showed was head coach Stefan Chrtiansky. 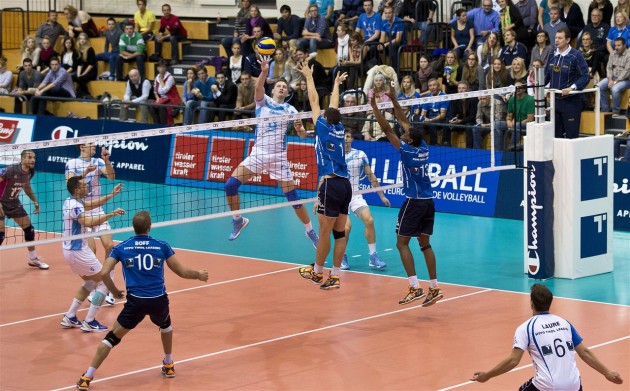 Not satisfied with the loss but with the game his team showed was head coach Stefan Chrtiansky: “It is definitely very positive that we were able to continue the level of our play from the third set in Russia. I am not satisfied with a loss per se but we take a lot of positive impressions from today’s game. Our reception was stable which allowed us to find a good rhythm into the match. At the same time we were able to create some pressure with our own serve and therefore we kept the match open. At the end KAZAN was more consistent and without any errors something that decided the sets 1 and 2 in their favor”.

Hypo Tirol had a good start in the game and both teams impressed the spectators with high-level Volleyball. Both the first and the second set were decided at the end of a close final rush and unfortunately for the Tyroleans it was the winner of last year’s CEV Volleyball Champions League who took both sets and the lead at 2:0. The third set began very similar to the first two until Hypo Tirol won a couple of spectacular points after great defensive play and took the lead at 13:11. At this moment Alexander Abrosimov started a 10-point run for the Russians and could pave the way for the final 3:0.

Ronald Jimenez top scored for the home side with 14 points while Maxim Mikhaylov and Nikolay Apalikov registered 11 apiece for Zenit KAZAN.