The two FIVB World Championships are the highlights of the year's volleyball calendar. In the run-up to the title showdown for the men in Poland, which gets underway on Saturday, we introduce international volleyball star Mariusz Wlazły. 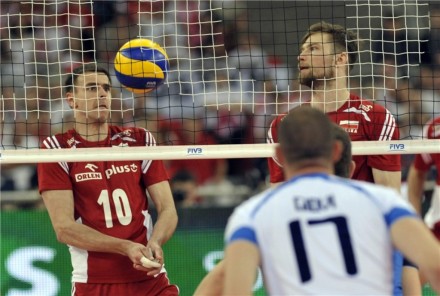 Whichever team Mariusz Wlazly plays for wins. That’s what the hitter’s profile at his club in Belchatow says. He is the only player there who has been involved in all eight of the club’s Polish championship titles since 2005. He also lead the team to second places in the European Champions League and the FIVB Volleyball Men’s Club World Championship.

His outstanding performance last season played a major part in the top team’s recent title win in the Polish league. Stephane Antiga, who became Poland’s national coach after he ended his playing career, was also involved in the title as a player. He convinced Mariusz Wlazly to return to the national squad for the World Championship – and now the whole of Poland is hoping that the powerful jumper will guarantee major success when the competition kicks off on Saturday.

Read the full story at poland2014.fivb.org

Volleyball Bridges the Gap Between Cuba and U.S.