Volleyball Bridges the Gap Between Cuba and U.S.

A short 90 miles is all that separates Cuba from the United States, but a half-century of embargos have made the distance seem like light years away. Most Americans will never visit the island nation to our south, as the long-standing trade embargo against Cuba prevents citizens from traveling to the country without a license from the U.S. government. 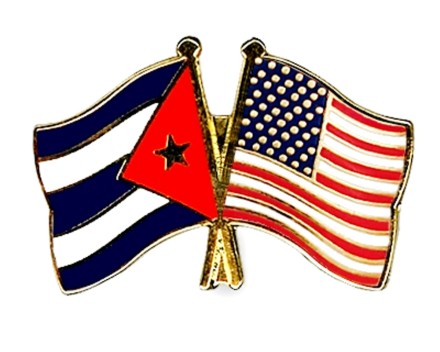 Since 2011 however, the U.S. government has lifted some restrictions on travel to Cuba, allowing for more educational, religious and cultural visits to the island. This in return has opened the door for volleyball.

“The process of getting our players into Cuba to play volleyball was easier this year than in the past,” USA Volleyball Beach National Teams Manager Sean Scott said. “I think the biggest key is timing. The earlier you send in the paperwork and present why you’re wanting to go there, you’ll have a better success rate with Washington.”

Rogers and Brunner took home gold in Varadero, while Hunkus and DiCello claimed silver. The two teams had no trouble bringing those Cuban exports home however, as Rogers put it, “I didn’t have any cigars, so I didn’t have to sweat it when going through the airports.”

Communication has been scarce between Cuba and the U.S. government over the last 50 years, but if anything could open up a friendly dialogue between the two nations, volleyball could be a good icebreaker.

“It’s a great way to bring the two countries together,” U.S. beach coach Tony Crabb said. “It’s extremely popular in both countries, with the beach game growing the way it is now, it’s a great time to start the conversation.”

On his third trip to Cuba, Crabb said the nation is just as he left it in the 80’s.

“Not much has changed” Crabb said about his recent visit. “There are a few newer cars (1960’s-era), and they have more hotels now, but other than that it has been unchanged.”

Many players had the same sentiment about Cuba, an embargoed-nation cut off from most of the world, unchanged over half a century. Rogers is in the company of those who welcomed the remote feeling, and even found it relaxing.

“It was a bit rustic, but sometimes it’s relaxing to have no contact with the outside world,” Rogers said. “Cuba was a great experience.”

Others, like Day, found bliss in the comforts of simplicity the locals have embraced.

“Between the volleyball and exploring Havana, I would say the trip was an overall success and worth the long days of traveling,” Day said.” I enjoyed going to downtown Havana and watching the locals dance, while listening to their music. The taxi rides in old 1950’s cars were fun also, as was floating in the warm waters of the Caribbean.”

Even with Cuba living a half-century behind the rest of the world, volleyball is not behind; the sport has no timestamp and can travel worldwide without any restrictions.

“The people there love volleyball,” Crabb said about the Cuban people. “They love their team, they love cheering them on. The people there were really hospitable and nice to us in every way, not much has changed, including the people. They have always been nice, there are good people in Cuba.”

What do you know about Stadion Narodowy?