POL: Michal Kaczynski – We will show our best

"We will have one of the strongest teams on the European Junior Championship. Off course there are Russia and Serbia who took the first and the third place two years ago in Ankara" Michal Kaczynski the Polish captain said. 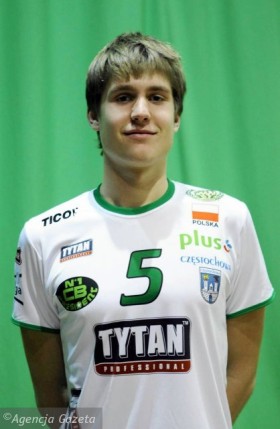 European Junior Championships will be held on 24.08 – 02.09, and Denmark and Poland will host the tournament.”We hope that the matches with Polish participation will bring lot of fans who will support us. Due to the fact that the championship is in Poland, we will have more pressure. However, I can promise that we will do everything to show our best side” Michał Kaczyński said.

Poland and Denmark, as the hosts are guaranteed the participation in the Championship. In addition to these two teams, there are teams who directly qualified two years ago, Russia, Bulgaria and Serbia, which fought in 2010, and won respectively gold, silver and the bronze medal in Ankara. The remaining teams had to fight through qualifications. Eliminations have been in two stages.

The first such tournament was held from 11-15 April. 24 teams were divided into four groups, six in each. Greece, Belgium, Spain and Turkey qualified as group winners.

The teams that finished second third in the group have another chance in the next stage, which will be held in July 12-15 in France and Italy. The teams are divided into two groups:

For the tournament will qualify the winners of the above-mentioned groups and one second place team with the best result.

On July 15th all the participants of European Junior Championships will be announced. At the moment, the teams that participate are: Poland, Denmark (hosts), Russia, Bulgaria, Serbia (medalists from 2010), Greece, Belgium, Spain and Turkey.