Asseco Resovia Rzeszow defeated PGE Skra Belchatow 3:2 in the second round of the Plus League. PGE Skra plays on the Club World Championship so the match was moved. Zbigniew Bartman was the MVP. 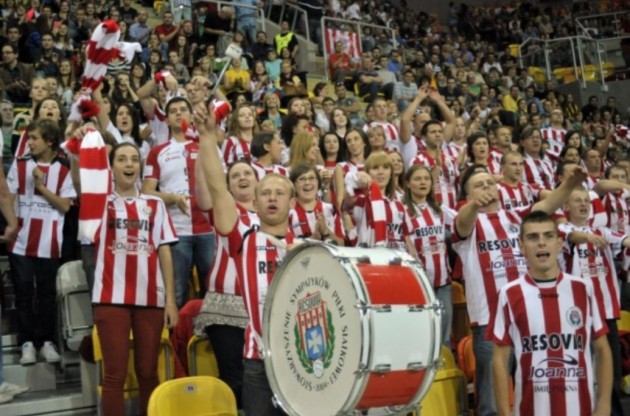 Zbigniew Bartman was the MVP. The match had to be played earlier because PGE Skra Belchatow plays in the Club World Championship.

Ten days ago PGE Skra Belchatow defeated Asseco Resovia Rzeszow in the Supercup final 3:0. This time it was a much bigger fight in a match that lasted two and a half hours.

PGE Skra won the first set, but Asseco fighted back and won in the second to tie the score 1:1.

PGE stepped up in the third, where they played briliantly and won 25:16.

Never the less Asseco raised their game once more and managed to win in this great match.

GER M: A few days left until the showdown