POL M: Andrzej Kowal: there is no reason to worry

Asseco Resovia in the last round they lost in Bydgoszcz Delecta. Coach of Polish champions Asseco Resovia reassures fans that there is no reason for concern. - Failure is a failure, and it's understandable that we all just want to win - coach says team Rzeszow, Andrzej Kowal. Read latest volleyball news on Worldofvolley.com. 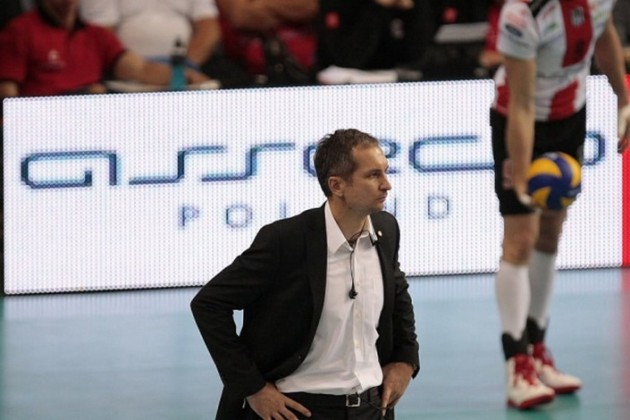 Despite defeat from Delecta, team thoughts are on the Champions League match against Remat ZALAU, despite winning in three sets. Is it mainly a question of lack of concentration?

“Certainly approach here was important. We must consider how we are prepared for the tournament. Piotr Nowakowski, Alek Akhrem and Nikola Kovacevic has long struggled with various injuries. With virtually only winger Paul Lotman worked preparatory period and do not expect from them any systematics in playing. Coming back to the match in Bydgoszcz, our big problem turned out to be the game the whole organization, not only in the adoption of the play. Such matches do happen, and once again I repeat – not many can appreciate a good game for Delecta“.

Failure in Bydgoszcz is the second this season which is related in a similar situation when it ends 2-3 sets errors in the adoption of a decisive influence on the result.

“Surely we lack systematic and confidence games. This is so that we can play a very good set, but a moment later very weak. This is not easily eliminated, but systematic and patient training. I think we need more time. I can not say that at this time the level of our game is satisfactory and there is nothing to compare it to last season”.

Now, in front of the Asseco Resovia PlusLiga series of matches in which “from the” need to win and it is best for the three points.

“To take the best possible place in the table and we have to win no matter what this game has to be. In the meantime, we await a match against Cuneo in the Champions League, which will be very important, in such a meeting you do not need to motivate anyone”.

Are not you afraid that the players on Saturday, with the perspective of Wednesday’s match against Cuneo  will want as little expenditure of energy to win with a team of Czestochowa?

“I think it’s the last game of Delecta gave the boys to understand that we do not play with anyone, you have to give it one hundred percent. The league is so balanced, that if you allow yourself a moment distraction, even with those theoretically weaker – which showed a match with Remat Zalau – it was very fatigued and play the advantage. I think the players are aware of this and know how to approach this meeting”.