The best players, both local and foreign, of the Polish Men’s Volleyball Championship PlusLiga gathered at Tauron Arena in Kraków for the All-Star Game, or officially the Match of the Stars (Mecz Gwiazd). 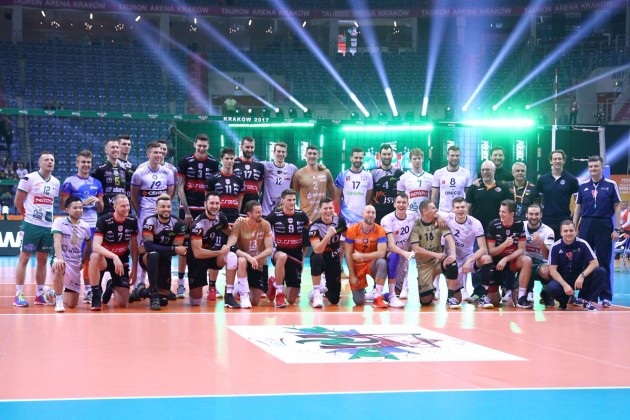 For the first time since 2010, the third time overall, PlusLiga has organized the All-Star Game. It was a duel of the North versus South in which the South prevailed in straight sets, partially 25-21, 25-22, 15-11. The exhibition was designed to heat up volleyball fans in Kraków for the semifinals of the FIVB Club World Championship this weekend.

Before the main event, which was, of course, a volleyball game, a serving contest between the two teams has been held. Both sides consisted of five competitors who had three attempts to serve to the predetermined spot. The team from the North won by a 4-1, and the individual winner was Bartosz Gawryszewski (Espadon Szczecin), who made two points. Also, there was a competition named „Siatkarski Gwóźdź“ (Volleyball Spike). Wojciech Włodarczyk (ONICO Warszawa) won for the North leaving five players from each team behind him.

BRA M: Murilo in protocol for official match for the first time after being cleared of doping charges