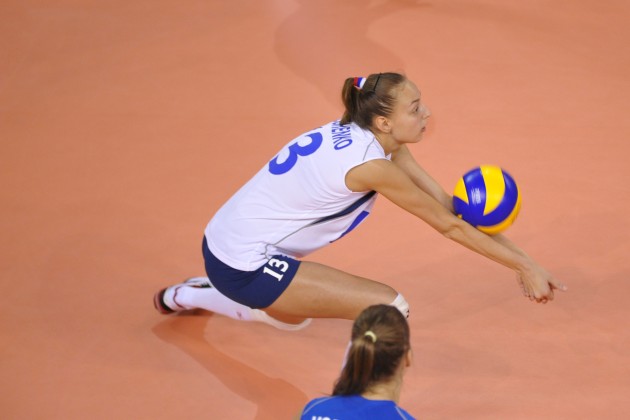 Russia jumped out for an easy 2-0 set lead with Irina Voronkova on fire (15 points in the first two sets). USA found their rhythm in the beginning of the third period but could not pull through. Stanford setter Kelsey Humphreys did her best to run some fast combinations but suffered again from imprecise passing of her teammates (Russia served nine aces). On the other hand, the team of coach Svetlana Safronova showed all their strength to conclude the first round in style.

Russia clinch the second spot in Pool C behind Brazil, while USA drop to the fifth and last rank of the group, directing the North Americans to the unpopular round robin for the 17th to 20th place.