WL: Spiridonov – “Every point was made of gold”

Alexey Spiridonov says 'every point was made of gold' as Russia overwhelmed Brazil 3-0 in the final match of the 2013 World League Finals. 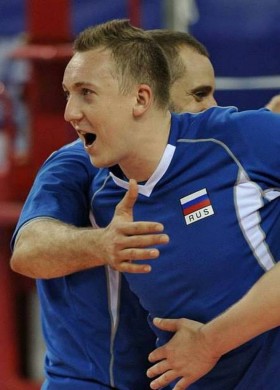 “I can’t explain this feeling, this is the second time I won a World League, and it is a win not only for my team, but also for my country. I never imagined that we would win 3-0 against Brazil and that the match wouldn’t be difficult. It was expected to be a big and exhausting fight because the rivals were the Brazilians. Every point was made of gold, every ball was difficult. We won the finals and we deserve it.”

Brazil coach Bernardo Rezende believed the occasion got to some of the younger, inexperienced players in his team, but was quick to credit Russia’s performance.

“Russia is a ‘player factory’. We have good players but they are better. Alongside that, we lost important players for this World League, and I think the Russians are the best in the world at the moment.”

To read more about this competition, click World League 2013.