They did it. After 22 years of waiting, Russians are again on top of the Europe. We won’t write about the final match… This text will be dedicated to one era of Russian volleyball, which is hardly to be forgotten. 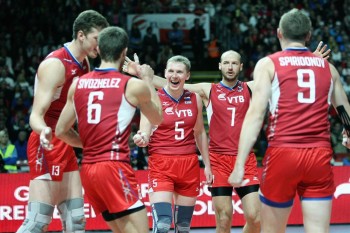 It all started last year in London, at the Summer Olympics. In hearth of England, “Zbornaya” has broken first bad tradition. Muserskiy and his teammates has won gold medal for their country, first after 32 years! It was like that triumph gave the necessary push up for everything that was about to come.

Next on schedule was World League. And, everything was the same like year before. Russia faced Brazil in the final match… Russia has won another gold.

That was two in a row, but these guys wanted more… A real hat trick. And they made it. “Zbornaya” became European champion, and fulfilled an amazing year of 2013.

Now, they are after the World Championship title. Will Russia complete a circle with a fourth major trophy next September? Oh, we can’t wait to see that.