It didn't take long for the season favorite and CL champions Zenit Kazan to close the series for the Russian Superliga 2011/2012 title. 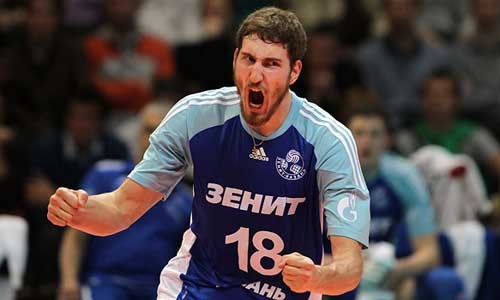 After overcoming Dinamo Moscow’s resistance in 5 tough sets in first game in Kazan Vladimir Alekno’s team had absolutely no problems in winning the other two matches by three sets to love and clinching the Russian gold for the 4th year straight.

Russian NT power opposite hitter Maxim Mikhaylov as always was the top scorer for Zenit in the final series with both outside hitters Sivozhelez and Berezhko producing the solid reception performance.

The team from capital of Tatarstan has won the 2 most prestigious tournaments of the year – Champions League and national Superliga.

In the 2012/2013 season Zenit is expected to get even stronger as Trento’s leader Osmany Juantorena will join the club and all the important players are staying in.