General Secretary of Russian VF: We are ready to host WCH 2022

General Secretary of the Russian Volleyball Federation, Alexander Yaremenko, gave an interview for sportbox.ru where he spoke, among other things, about the results of the meeting with the FIVB President Ary Graça. 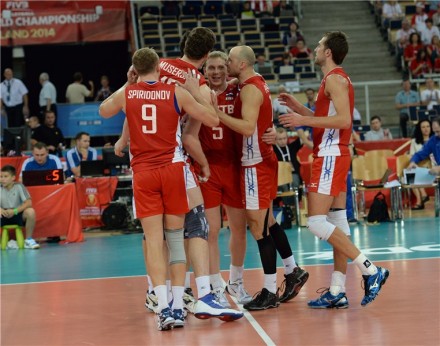 “The message from Graça consisted in the fact that Russia has very strong teams, strong championships, good infrastructure, but, in his opinion, it is not enough. Russia should hold competitions at the highest level to promote this sport, to move volleyball forward. With his arrival, Graça wanted to activate our country to hold such tournaments like World Championship, Grand Prix and World League Finals”.

Yaremenko revealed for sportbox.ru what decision was made as a result of this meeting?

“Graça insisted that Russia should already organize the closest men’s World Championship in 2018. But for our country it would be very difficult to carry out two major competitions in one year, because at the same time, Russia will host the World Cup in football. So, for the moment we are considering about the World Championship 2022. We all support this idea. Now we need to be a candidate. Fortunately, we do not need to build arena specifically for this tournament. I think that at the end of the Olympic cycle in 2016 we will seriously start to prepare to host the World Championship.”