Ivan Zaytsev stated that the last week was incredibly difficult for the whole team of Dinamo Moscow. 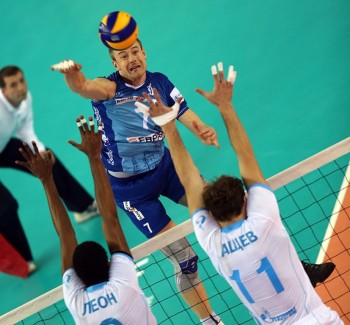 Four games and 20 sets in just 6 days!!! Dinamo Moscow have had some tough schedule recently…

“You may recall that busy schedule at the World Cup… But, in my life I have never played 20 sets in just 6 days! After that defeat against Zenit Kazan in the semifinals I could not sleep well. But, we showed a character in the game for the 3rd place. I hope that this win will be the beginning of a successful season for us. I want to thank to our fans for a great support and I want to apologize once again for that defeat in the semifinals” said Ivan Zaytsev after Dinamo Moscow defeated Lokomotiv Novosibirsk and won the 3rd place in the Russian Cup.

ITA M: Forget about rivalry, this is pure love! Trentino and Juantorena… (VIDEO)