Wilfredo Leon is the best male volleyball player in 2015 by WorldofVolley's choice! 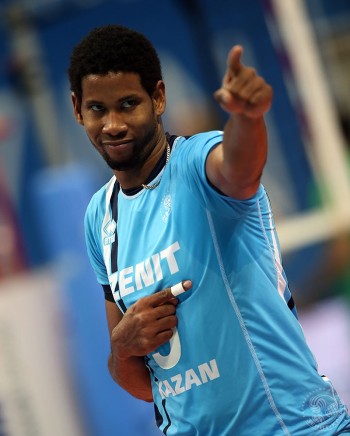 This story starts 6 months before 2015… It was summer 2014 when  Wilfredo Leon was finally able to continue playing volleyball, as his two-year suspension for quitting the Cuban national team expired in July. Many clubs wanted his signature… Wilfredo chose Zenit Kazan.

It was a historic decision, both for him and for the club. Because, two sides were about to win the famous triple crown! Zenit Kazan firstly won the Russian Cup, then they clinched the CEV Champions League, while they completed the amazing season by taking the title in the Russian Championship! In all three competitions Wilfredo Leon was simply brilliant.

Cuba star was the top scorer of the Russian Cup final, he was the MVP of the CEV Champions League Final Four, while he literally dominated the Russian Championship finals where he scored 94 points in four games of the final series! That is 23,5 points per game!

Wilfredo Leon had a long pause during the summer, as he is still unable to play for any national team, but that did not stop him of making a fierce start of the new season. So far, Cuban player is averaging 20,1 points counting Russian Championship and CEV Champions League, while he also led Zenit Kazan toward another trophy in the Russian Cup.

The only thing he is missing is some national team action, but very soon he should be able to once again step on the big stage. Will that be in the jersey of his Cuba or perhaps in the red and white shirt of Poland… We are about to find out in 2016.