This is definitely a big blow for the Russian team in front of the most important competition in 2016. Alexander Butko will miss the Olympic Games in Rio! 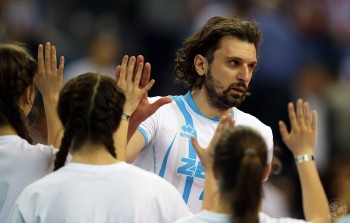 Recall that Butko suffered an injury just before the start of the World League 2016. There was hope that he might recover in time to join the team for the Rio Olympics, however now it is confirmed that the experienced setter will be sidelined until the end of the summer.

“Unfortunately, Butko will miss the Olympics. He is not considered as a candidate for the final roster. At the same time, Maxim Mikhailov is slowly recovering and he should be fit for the next World League weekend. As far as Yuri Berezhko is concerned, he is still recovering from Achilles tendon injury,” said the President of the Russian Volleyball Federation Stanislav Shevchenko.

Lipe exclusively for WoV: „I’m in talks with one team from Iran…“