VakıfBank became the champions of the Turkish Women’s Volleyball Championship for the 3rd consecutive time. 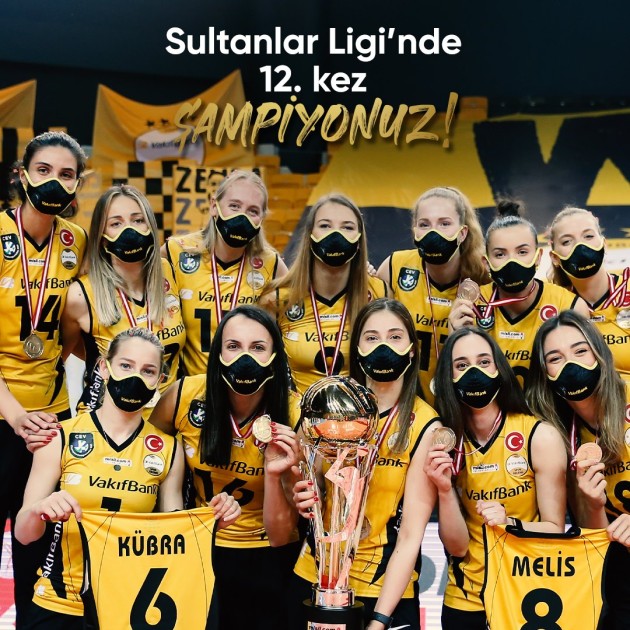 With the cancellation of Game 3 of 2020/21 Misli.com Sultanlar Ligi playoff final series against the 2nd-seed Fenerbahçe Opet, in which they have the lead of 2-0, the regular-season winners VakıfBank are crowned as the best team in the country for the 3rd consecutive time.

The ‘Yellow Angels’ decided not to take part in today’s match due to not being able to register a sufficient number of players for it as they have numerous positive corona cases within the team. And, since there was no room in the schedule for a possible longer duration of the series, VakıfBank were declared titleholders.

The ‘Yellow-and-black’ won the 12th overall championship in total, the 31st trophy in their 35-year history, prevailing in 54 out of 56 games played in the Sultanlar Ligi in the last 2 seasons.