TUR W: Riots on the stands in Izmir, Galata – Fener derby will be late (PHOTOS, VIDEO)

Turkish volleyball has received another huge blow from the fans... 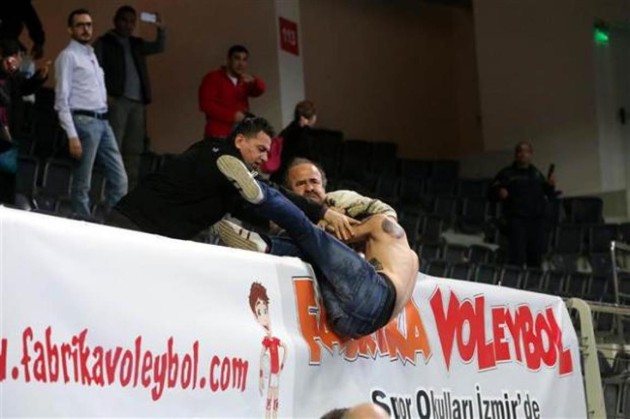 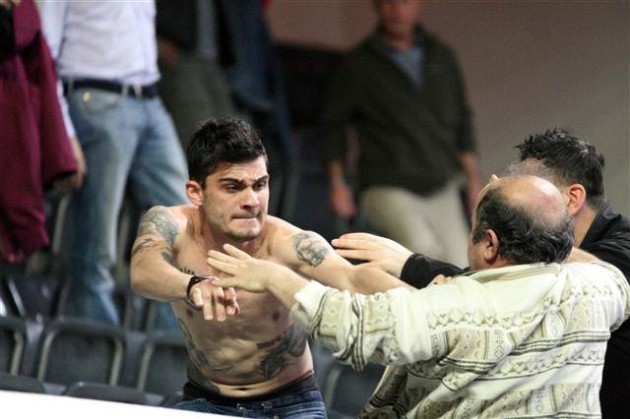 Before the Round 2 of mini-league for the title, the fans of these two teams collided on the stands of „Atatürk Sports Hall“ in Izmir!

As Turkish news portal „Hürriyet“ publishes, Fener fans lit the fuse, but were provoked by Galata’s supporters who have cheered abusive slogans. 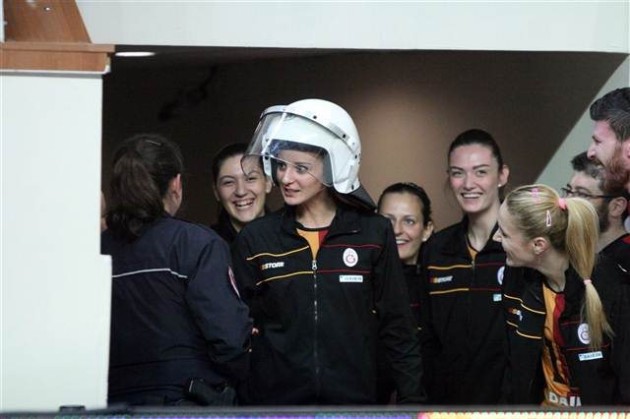 Several seats flew from the stands, some of the Fener‘s fans jumped into the court after being chased by home team’s supporters. The hooligans who went down on the field were taken into custody. Some of Galatasaray fans fled to the locker room.

Both teams had to hide from foreign object thrown by the fans and some of the players had to wear police helmets as protection.

RUS M: That’s Zenit! Two sets down but manages to win in Belgorod