TUR M: Schmitt – “Shine that trophy for us” (VIDEO)

Arkas has done it. The championship title is coming back to Izmir! 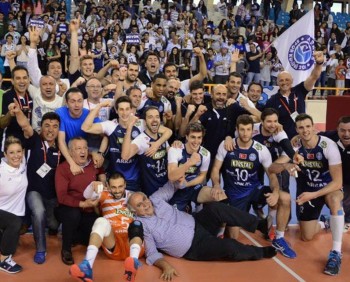 There were not a lot of people who believed that someone could dethrone the mighty HalkBank. But, players of Arkas did believe, and they succeeded! They defeated the reigning champions twice on the final tournament and seized the championship title.

Every player of Arkas deserves recognition, but there is no doubt that the leader of the team was Gavin Shmitt. In the previous five games the Canadian player scored 122 points in total, which is 24,4 per match!

“The Cup is ours! League champions! Shine that trophy for us when we pick it up!” wrote Schmitt on his Twitter account.

Check out some of the best points of the Canadian player from the last game in which Arkas has secured the title.

Schmitt is therefore leaving Turkey as a champion. Recall that he will continue career in Funvic Taubate.