TUR W: Strong message from Halkbank and Vakifbank, Guidetti’s side improves to 9-0!

We are wondering is there any team in Turkey that can stop the winning streak of Vakifbank? 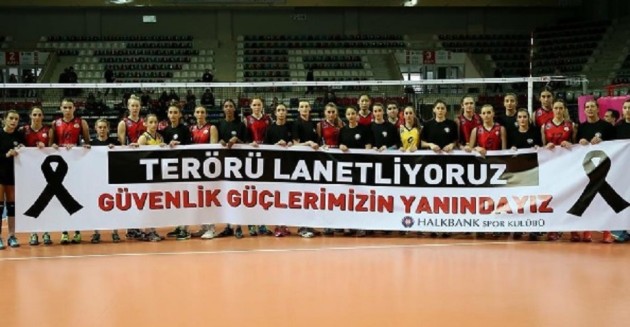 Before the start of the match, both sides sent strong message to the world – “We condemn terrorism”! After this message, Halkbank and Vakifbank played an interesting volleyball game, especially in the first set, when Halkbank were close to steal one set from the rival.

In the second and third set, Vakifbank started playing with much higher tempo, home team couldn’t do anything to stop them. The Chinese star Zhu Ting was the top scorer with 20, while Kimberly Hill added 15. On the other side, Tutku Burcu Yuzgenc had 16.

Çanakkale were not on a high level today. If you take a look at the score in the first set, everything will be clear. Galatasaray defeated Canakkale in straight sets 3-0 (25-9, 25-16, 28-26), marking Sinead Jack as the top scorer of the game with 14.

Recall that Zhu Ting is currently competing for WoV Player of the Year! Vote here.