Tulane head coach Siniša Momić has added Nikki Osuna to his coaching staff, the university announced Monday. Osuna is a former Green Wave volleyball star who will assume the director of operations role. 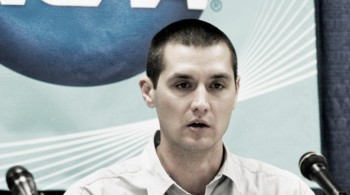 In her career, Osuna played in 206 sets with 61 starts, recording 747 digs and 32 aces while notching 79 assists. Her career digs per set average of 3.63 is good for second in school history, while her 0.38 average of assists per set is 16th in Tulane history.

In her first year with the program, she appeared in 30 matches with 13 starts at libero and played 90 sets. She notched 237 digs on the season, good for third on the team.

The director of operations position became open after Momić promoted Jaye Loyd to an assistant coach earlier this year.

BUL M: Aleksiev – “We are looking for medal at European Championship”

Crazy dance of the U.S. player during...