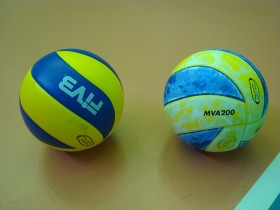 The freezing cold weather has not melt down the excitement ahead of the Champions League playoffs 12 return games.

An Italian team will have to say goodbye to the competition as Cuneo plays host to Macerata with the advantage of having won the first leg 3-0 and having also the psychological edge of another victory in the league on Sunday.

Macerata will try to put an end to a five-game losing streak and obtain a Golden Set to have a chance to make it into the Playoffs 6.

Winners away in Belgium, Trento takes on Maaseik, which will try its best to force a Golden Set.

Monza only needs one more win over the Romanian team of Remat Zalau to make it into the Cev Cup semi-finals.

The Italians won the first leg 3-1 away from home.

Remat Zalau had begun the season in the Champions League.