In the quarter finals the guys from Slovakia around top scorer Miroslav Jakobov were able to surprise everybody: they defeated the best team of the qualification round SK Posojilnica Aich/Dob in the Golden Set. 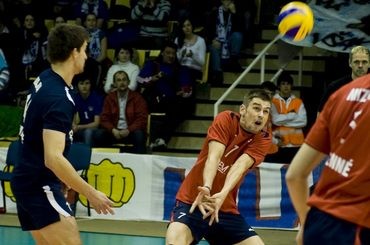 Also the second play-off duel between Kastela and VCA Hypo Niederösterreich Amstetten was a tight match, where the teamfrom Croatia led by Branko Damjanovic was able to qualify for the Final Four by winning the decisive Golden Set.

The two Champions League participants did not show any weakness in the play-offs: Ljubljana had absolutely no problems with the young hotVolleys team from Vienna.

The team of head coach Igor Kolakovic won both the home and the away match at 3:0. Also Hypo Tirol showed a strong performance losing only one set in the encounters against Mladost Zagreb.