he Czech Republic and namely the city of Zdar nad Sazavou will play host next week to a second-round qualifier for the 2012 CEV Junior Volleyball European Championship – Men that will be joined by the home guys as well as by the national teams of France, Spain, Slovenia, Romania and Estonia. 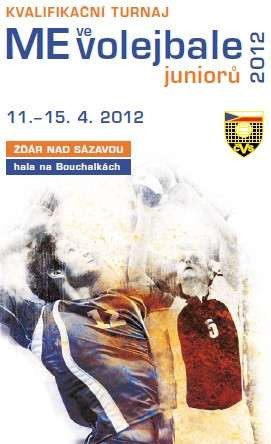 The winner of this tournament which will be played with the format of a single round robin will advance directly to the final round of the Championship which is scheduled for late August in Poland and Denmark, while the second and third-ranked teams will get an additional chance to make it there via the third-round qualifiers slated for early July.

The real pre-favorites there in Zdar nad Sazavou are the national teams of France and Spain whose quality was already showed off last year in the youth category, as they claimed silver at the European and World Championships respectively.

The Czech team is mentored by a very experienced head coach, Petr Juda, and although the mission looks pretty difficult, the local guys have trained and worked hard in the past weeks to get ready for this home showdown. “We will play bravely and we hope to get much support from our fans that shall turn into our seventh player out there” says Juda.

The tournament in Zdar nad Sazavou is set to start next Wednesday, April 11, with Slovenia and France opening the program and will be rounded out on Sunday, April 15, by the match of the home guys against the 2011 youth vice-European champions of France.