“Serbia played a solid game. They were calmer and better in offense and blocking,” Tine Urnaut, captain of Slovenia, admitted. ”On the other hand, we had too many problems in scoring. It is very difficult for us to play without good attack and this was obvious through the whole tournament. We leave Sofia a little disappointed.” 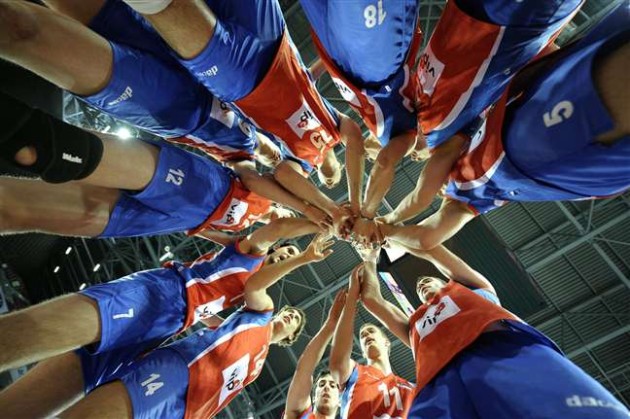 Bojan Janic, captain of Serbia, paid back the compliments: ”Our opponent made a very strong game today and we are happy that we managed to win. Now we will try to rest and sleep well, because tomorrow we will need to double the effort, if we want to play in the final.”

“I think Slovenia played very good volleyball in the first three sets, despite losing two of them”, the team’s head coach Veselin Vukovic agreed with the opponents’ captain. ”We had the real chance to leave this tournament with at least one victory. I have to admit, that there was a difference in quality between us and other teams, but we will continue our work and try to improve.”

Serbian counterpart Igor Kolakovic added: “I am happy that we won this important game. I think we played much better than yesterday. We showed character and finished the third set in the best way. After that it was easier to close the match without so much pressure.”

BRA M: Murilo and Giba do not travel with national team to Canada