OG: Would you marry me? Italian spiker gets her engagement ring on the court

Saying “yes” to a fan on the stands has never been so impressive. At the end of the match Italy – Japan on Monday at Earls Court, the Italian wing spiker Antonella Del Core went to greet her boyfriend Francesco. 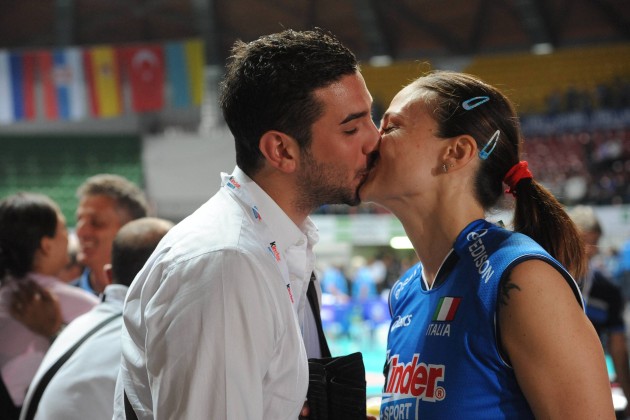 She was surprised and moved when he gave her an engagement ring, asking to marry him. Tears, smile and the awaited “yes, I will” came just after.

Del Core was a member of the national team in Beijing, but at that time she received a stop by the doctors. She succeeded to be in London and for sure she will never forget this match. She began the match in the starting six and scored 16 points, being one of the best of her team. Nice statistics for sure, but the ring will be the feature she will remember forever.

OG: Selling England by the pound