Serbian Volleyball Federation Secretary General speaks of the Serbian national teams and their commitments that await them in 2013. Serbian men's women's and youth's teams are in for a busy year. For more latest volleyball news visit worldofvolley.com 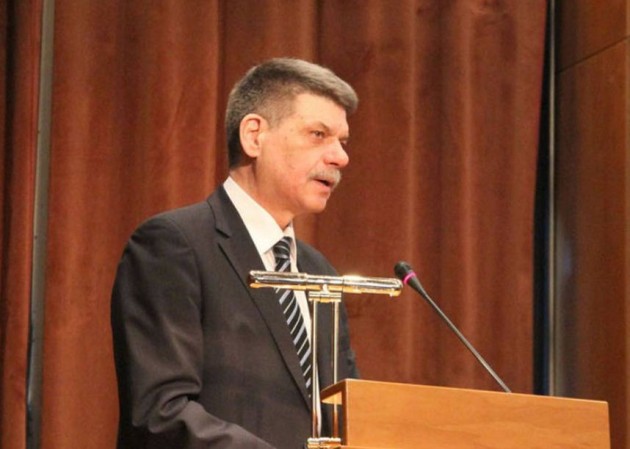 It’s the beginning of the New Year, and it brings plans and questions about the upcoming competitions, obligations and how to accomplish everything that the Serbian Volleyball Federation is responsible for. And of course to achieve, as always, the results that will set an example and make us proud. We always have the feeling that the previous year was hard, and that it couldn’t be harder, but then we see that you can always do more. Every country has to deal with these problems, but Serbia, as one of the six best teams in the Volleyball World, achieves great results, wins medals and trophies in the last 15 years, makes a lot of ambitious plans and follows them through in most cases. Secretary General of the Serbian Volleyball Federation, Slobodan Milosevic gives a lot of data for this year. He starts with the “closest” competitions.

Just a reminder, Serbia and Italy started the idea that the European Championships be played in two countries which helps making volleyball more popular.

– Men’s European Championship in 2005 was hosted by two countries, and it is remembered as a turning point, these Youth’s championships will also be remembered as the first that were organized by two hosts. With Bosnia and Herzegovina and Monte Negro we were part of a much bigger country, but we always had great cooperation, and in the last year that cooperation was intensified so this tournament goes as smoothly as possible. We are always there to help them.

Speaking only of competitions, the Secretary General named all the competitions that await Serbian national teams in this year.

– We started a test children’s competition on the Balkans, and we will see if it will go even further this year. As for the Youth Championships, we are the hosts, and we expect good results from our boys and girls, which means qualifying for the World Championships. Next to this we are expecting European Olympic Youth Festival, and the Balkan Games.

Men’s and Women’s Junior teams will participate in the World Championship qualifications. We will organize those tournaments as well, and we want to make them reach their goals easier.

Serbian senior selections will have the toughest job this summer. They will try to defend their champions’ titles they won in the golden 2011.

The women’s senior team won’t have as much obligations as in the previous years, but will still have plenty. Euro League’s schedule was determined a few days ago, Grand Prix’s was known for some time. The European Championship should be a crown, and we believe we will play in the World Cup. Igor Kolakovic’s team will have similar obligations.

– A new competition system will be implemented in the World League. The goal is to get the best possible result, and that will be a kind of introduction for the European Championship. It’s our great wish to be among the finalists that will play on the football stadium for the first time in history. If it all works out the way we hope, the World Cup awaits us.

Every year FIVB implements something new so that the “one of the most popular sports” becomes even more attractive and acceptable. This year we will enjoy Under 23 championships for the first time.

– These competitions existed, but they weren’t official, because all continents haven’t participated. This summer it will all be more serious. There will be no time for qualifications, so the rankings will determine the participants.

Two Serbian teams will participate, of course. If you can manage to count the number of games that Serbia will play this year, it will become obvious why Serbia is in the top of the volleyball world, with Brazil, Poland, Russia, USA and Japan. For people who have mathematic skills can multiply with the number of games, players… About the distance they travel every year, some other time. There are many obligations, but with our joined forces they become sweet and bring us a lot of joy.

Serbian Volleyball Federation led by Aleksandar Boricic and Slobodan Milosevic, was the leading innovator with many new ideas, and Milosevic received all that “in writing”, FIVB named him a technical expert for volleyball.

– We did some great things and they recognized our work. I am the head of a five member commission. We are creating competitions, giving suggestions. All that later goes to another commission where Aleksandar Boricic is working. We are an exception, being from the same country.