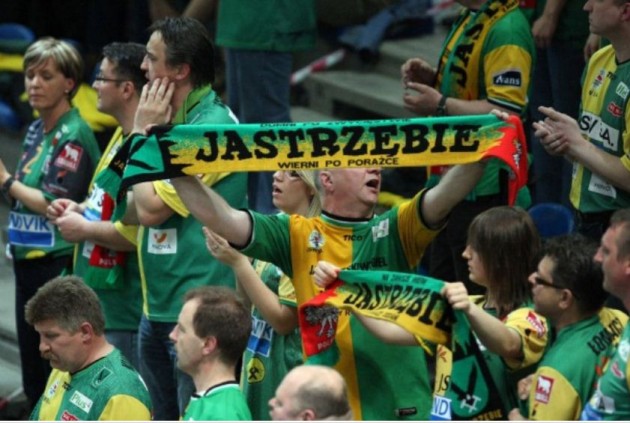 – What are your feelings when arriving to your former club?

– This brings back only good memories every time I come back here. My wife is Polish, so I think I can even say that I feel like I’m back home.

– Which moment of your stay in Jastrzębski Węgiel you remember the most?

– The Polish Cup final in 2008 was very emotional, which we played against AZS Czestochowa. It is a pity that we did not manage to win it. Bu I also remember all the things we won.

– Do you still maintain contact with coach Roberto Santilli?

– Of course. I follow his career in Russia. Iskra Odintsovo where he works, is a great team.

– Can you compare Jastrzebski Wegiel’s current team with the team with which you worked?

– First of all, I notice one major difference.  The core of our team were older players. Now the club has younger players. I think the current team can achieve a lot, it is a strong team.

– Do you see a steady development here?

– When I worked in Jastrzębski Węgiel, President Grodecki gave me a vision of the functioning of the club. I notice that with each passing year Jastrzębski gets closer to its goals.

– How did you win against VfB Friedrichshafen? First, you defeated them in the semifinals, and in the finals you defeated 3-2 Generali Haching?

– Winning the championship this year did not come to us easily. We reached our maximum form in the playoffs.

– How do you feel working in the Berlin club?

– In Germany, I feel great. Overall, it’s my seventh season in the country. I speak fluent German, I am a professional in a well-organized club, I have no right to complain.

– You visited the mine. Was it worth it?

– I was happy when I got an invitation from the President of Jastrzebski Wegiel and the Coal Company. For my players this was completely new. This enabled them to learn more about the lives of people here. How did the players react to this proposal? At first they were a little nervous because of the little knowledge about mines, which drew mainly from the news media on the occasion of accidents. Now they were given the opportunity to experience something unique. Sometimes you get a chance to participate in something so unusual, and it is a cool thing.

POL M: Castellani and Nawrocki in a draw game

Aleh Akhrem: We needed this victory