Marko Ivovic is currently preparing for the national team challenges. 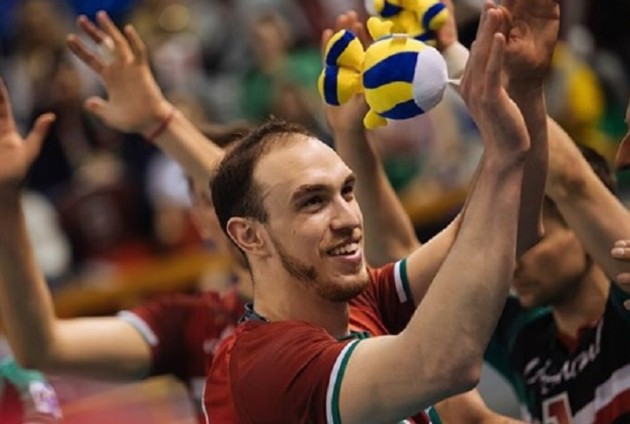 He wants to see Serbia playing in Tokyo and he is doing everything to prepare as better as possible for the most important national team tournament in 2019.

However, let’s start with the recent news that he has decided to extend a contract with the Russian team Lokomotiv Novosibirsk.

You have extended a contract with Lokomotiv Novosibirsk. What were the decisive factors for staying in Novosibirsk?

“While I was playing against Lokomotiv Novosibirsk earlier, I was very surprised with the level of the organization of this team. Afterward, I got the opportunity to go there and to join this team and I was convinced that Lokomotiv Novosibirsk is one of the best teams by the level of the organization. The goals of the team are high and that’s why I have decided to stay because I want to play in a team that wants to fight for trophies,” says Ivovic at the start of the interview for WorldofVolley.

Since you are going to play the third season in Russia you are a person who can rate the league and compare it with the other leagues where you played before.

“The Russian league is one of the best in the world. Zenit Kazan had been on top for a very long time, not only in Russia but in Europe and that’s one of the indicators that the Russian league is very good. Also, the second indicator is that they allow only two foreign players per team and that also shows how much they respect and keep the domestic players and how much they are investing in their volleyball. In each game, you have to give your maximum to defeat the rival and that’s something that makes you as a player much better. You can improve yourself in the Russian league and that’s an important thing for a player, to make progress each year.”

Lokomotiv have almost kept the same players for the next season since you and nine more players have extended contracts with the team. Do you think that this could be a decisive factor while fighting for the trophies in the domestic and European competitions?

“Well, in the last season we had a goal to make a step forward compared to the previous one but we didn’t manage to make it. However, the team has a big potential, we have several national team players and that’s something we need to take advantage of. We have quality, we have spent a year together but we now also need to work hard and I hope we will achieve the goals. Lokomotiv Novosibirsk is a great team and we need to achieve good results. The biggest problem is that our city is far away from other cities and we are traveling much longer compared to other teams. However, the league will be divided into two groups and I think that will be a chance for us. We will also play the Challenge Cup and that means we will need to take some additional long flights but hope we will handle it in a positive way.”

Your teammates from the Serbian national team are currently playing the Volleyball Nations league without you and several more players. We know that is a part of a deal with the head coach but how difficult is for you to watch your teammates and guys who are making debuts for the national team, without being able to help them right now?

“Yes, it’s difficult I must admit because playing for the national team is an honor. I grew up in such an environment and a call from the national team is very important for me. For these younger generations that are coming, I am not sure about it. I am not talking about the teammates that are currently playing for Serbia but for those younger generations. We have a deal with the head coach to take a rest because the Olympic Qualifiers tournament is the most important to us. We are preparing for it and we have these guys also who are currently playing. We need to support them since they are the players who will succeed us. There were some negative comments after the first few games from some volleyball experts but the game against Brazil has shown that they have potential. We need to give them a chance and to believe.”

Regarding this Olympic qualification tournament – what are your expectations for it?

“Comparing to the previous Olympic qualification tournament, I think we are in a much better position right now. Many players from our team are playing in Italy, they know this team very well and we also had good results against them in a recent period. We missed the previous Olympic Games, we have a huge motive… There are also Australia and Cameroon, we also need a serious approach to these two games or let me put it in this way – we need to give everything we have from the first to the last game. This is how we can achieve the goal in Italy.”

The calendar has been busy again and the national team players have a short time to rest, some of them don’t even have time to rest. What do you think about this issue?

“It’s not humane. Some of the players have to players immediately after the clubs’ season. Some of them are playing two years without pause and then we speak about players’ health. If there are no healthy players, there won’t be quality in the volleyball games. We live and feed our families from volleyball and along with the officials we should go together and find a good solution for all of us. Volleyball is a difficult sport, where you need a recovery process. I can say that me and my teammates had 20 days to rest for the first time after 5 years. Imagine that…”

Have you achieved all your goals in volleyball or you are still chasing some dreams?

“When we talk about volleyball there is still room for it. I also have the motive to push forward to win the competitions that I have never won and to win some competitions again. The first goal is to reach the Olympic Games. The character of our people is that we always chase the biggest goals…,” says Ivovic at the end of the interview with WorldofVolley.

Heynen for WoV: „When I look back to it, I still feel so happy that we arrived safely back to hotel“