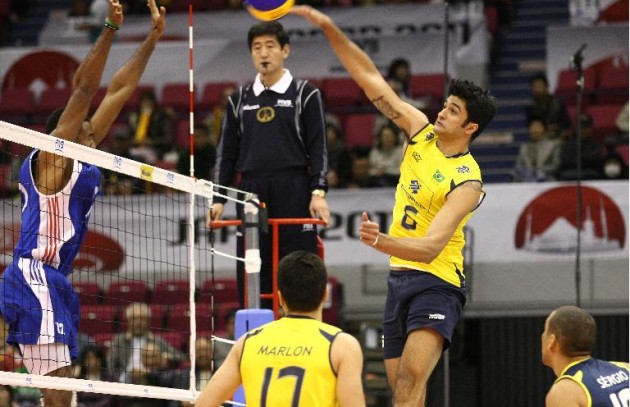 Cuba’s leading scorer was Fernando Hernandez Ramos who notched 22. His captain Wilfredo Leon Venero put up 16 points. Isbel Mesa Sandobal had a great day on the defensive end with six of Cuba’s 15 blocks. Cuba was outblocked 8-1 in a disastrous first set, but in the other sets they were the superior blockers by a count of 14 to 6.

Leading Brazil in scoring was the captain Gilberto Godoy Filho (Giba) also with 21, many of those in critical moments. Brazil outscored Cuba 107-102 in the match, but still lost.