Despite Kim’s strong effort, the committee of punishment and reward at Kovo dismissed her appeal 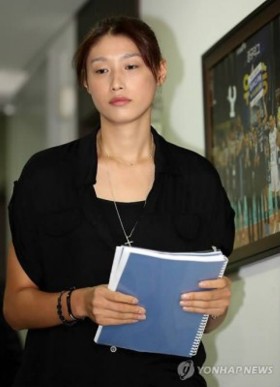 The KOVO’s decision to make Kim Yeon Koung  ‘arbitrarily withdrawn’, the committee explained as reasonable and right thing to do. Also, KOVO stated that Kim’s objection to it is rejected since she didn’t satisfy the requirements of FA player.

After the meeting, the lawyer of the KOVO committee announced “A player is considered to belong to the club until KOVO announces the player’s movement even though the contract is over. Also, the retirement is dependent on KOVO’s permission.” Also he said KOVO did the deal rightly with Kim’s issues.

After the meeting, Kim didn’t specify her next plan, to call the ‘reconsideration’ within 10 days by KOVO rules.