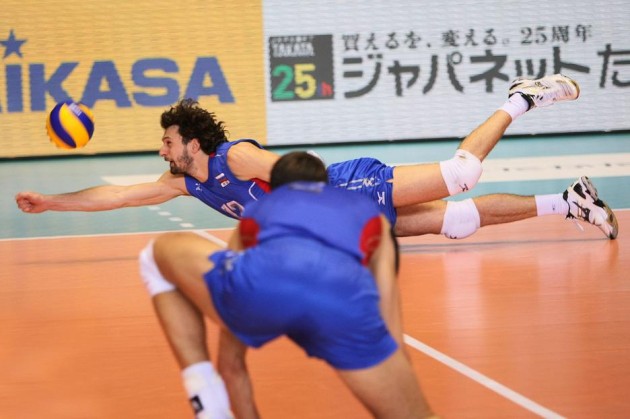 By taking the first two sets of the match, Russia became the first team to qualify for the London Olympic Games next summer. The victory lifted Russia’s record in the tournament to an impressive 9-1. Their lone loss came to Brazil. Iran fell to 6-4 with the defeat.

Amir Ghafour had a match-high 19 points for Iran in the loss and was named the most impressive player of the match. Iran played well at the outset and actually had the chance to take the opening set, but missed the opportunity and could not recover. Russia’s defense and power were just too much to deal with on this day.

China starts well, but Serbia settles down to win handily