China starts well, but Serbia settles down to win handily 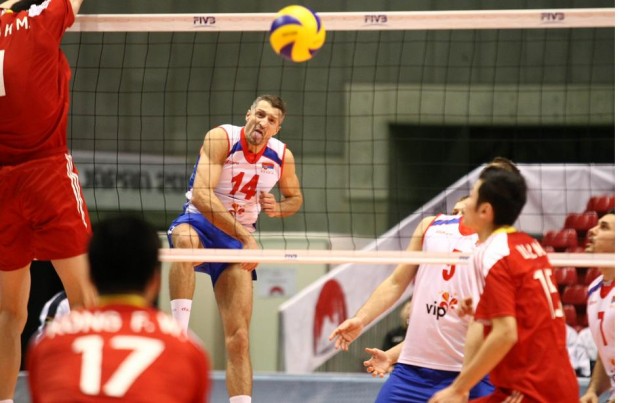 Ivan Miljkovic was attacking well against China, scoring 17 in the win

It marks the second straight day that China was up a set (they were up 2-1 versus Cuba on Friday), but ended up losing the match.

Leading Serbia in scoring was Nikola Kovacevic and Ivan Miljkovic, both with 17 points.

For China, the leading scorer was Yuan Zhi who notched 19 points in the contest to lead all players.