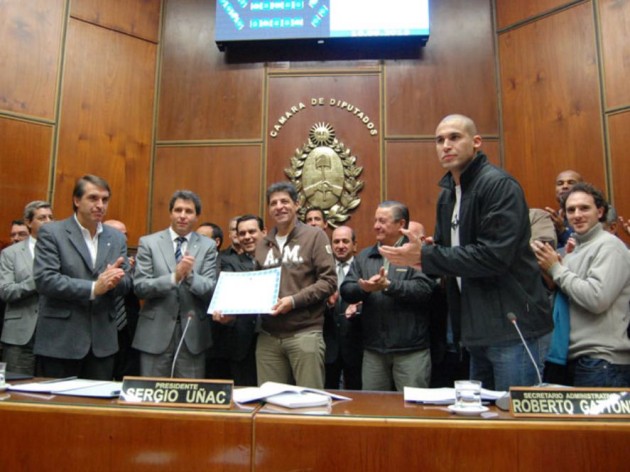 UPCN was awarded during the legislative session thie Thursday, on the initiative made by congressman Javier Ruiz Alvarez. The achivements of the team were stressed, especially the winning of the South American Club Championship with leaving behind two Brazilian teams, Vivo Minas and RJX.

To read more news from this country click on Argentina.