The Senior's Men Team will host its home FIVB World League matches at the City Hall Sport Centre in Almirante Brown. Venue were the 2011 Youth's Boys World Championship was held and that will welcome also the South American 2012 Olympic Qualification competition will also host the second weekend of the most important men teams annual FIVB competition. Argentina will welcome Bulgaria, Portugal and Germany, June 15th - 17th. 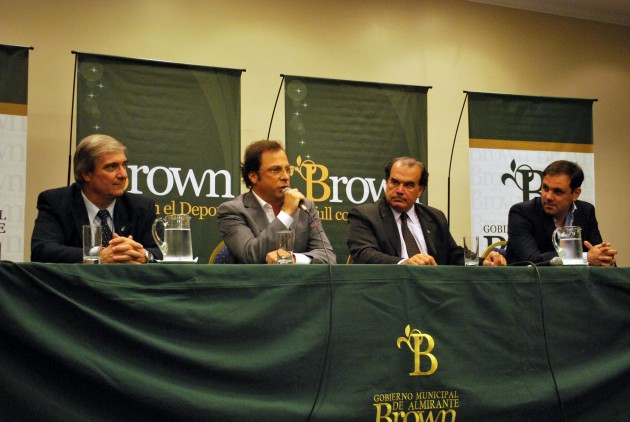 Buenos Aires province Government is supporting all these events that put sport and mainly Volleyball in the middle of the scenery for this 2012 great sport enterprises.

This year, with the new Formula – Grand Prix – the 16 teams still play divided in four pools but the news is that each country will host at the same time, the four teams during one weekend playing round robin – all against all.

In Pool D, Argentina that shares with Germany, Bulgaria and Portugal, Frankfurt (Germany) will host the first weekend, May 25th – 27th while all other groups will start the competition May 18th.

On the third weekend, Guimaraes, inJune 22nd. – 24th will host the three matches to end the Intercontinental Round in Sofía, Bulgaria (where the Final Round will take place), June 29th – July 1st.

The final round will be played by six teams again with Bulgaria (also in Pool D) securing its participation as host team, the best four teams of each pool and the best second one. In case that Bulgaria finishes in the first place, the best two second teams will participate for the 2012 FIVB World League title.