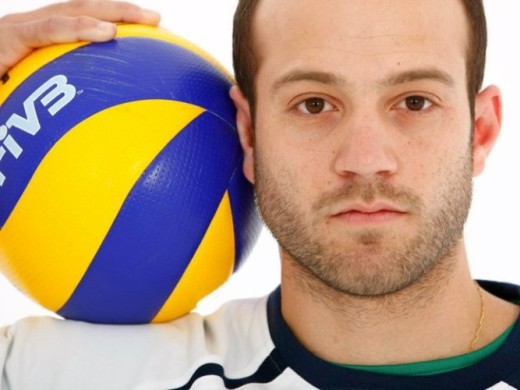 When he was a kid, Gonzalez played volleyball in Muñiz club, but also practised futsal. That footwork helped him defending every ball in the Argentine League, in Spain, France and even in the Russian competition. He chose volleyball, but he started as a receiver. He started as a libero with Marcelo Mendez in River. The coach proposed him the idea and he agreed.

„It was a magical match: I did everything right and I have never played in any other position“ said Gonzales.

„Thank you for these years in Argentine jersey“, began his post on Facebook, where he made the announcement. „I have nice and sad memories, but all that matters is that I wore and defended this beautiful jersey“.

„It was an honor to share shirts, travels, rooms and tournaments. Thanks for your lessons!

„What a shame! It was a joy to see you all these years with us, I’m proud that we have been teammates for a long time.“

The public will have to get used to not see the “16” on the court. The supporters will continue cheering, but they won’t find a ‘Gonzalez’ on the back of a t-shirt, at least not him. Still, nobody criticizes anything. ‘We’re going to miss you’, ‘thank you’, ‘thanks for so much happiness’ were some of the messages from the fans. His retirement was not surprising, but equally caused pain in more than one.

„Thank you family and friends for being always there“. It was his last post on facebook about this topic…