When the Argentine Seniors both gender teams are still getting ready for their South American Olympic Qualification Competitions (women in Brazil and men in Argentina) they will play two welfare matches v Cuba to help the Metropolitan Clubs that suffered due to the terrific storm beginning of April. The events will take place playing Argentina v Cuba (men teams) and also the national women team on Thursday, April 26th and Saturday, April 28th. 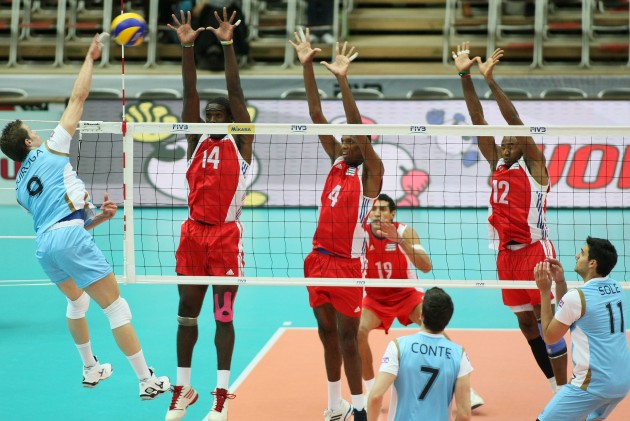 On both dates the friendly matches will start at 19.00. The first match will take place on Thursday at Instituto San José de Morón (Casullo 350, Great Buenos Aires west side) while on Saturday, the historical Héctor Etchart – Club Ferrocarril Oeste in Buenos Aires city itself will host the event.

These will be two great dates for volleyball lovers when they will see the team that will represent the light blue – white jersey at the Olympic Qualification and the FIVB World League with its best players and the strong world leader, Cuba added to the fact that in both cases they will be to help the clubs that suffered the results of winds over 100 km per hour. Tickets for both events will be on sale at the damaged clubs and not at the venues.