ARG M: Great volleyball welfare event with the Argentine seniors at the top of the scenery

This Thursday night, both Argentine Seniors' Teams gave a great welfare party to help the Clubs from the capital city and its surroundings that suffered great damages during the great storm June 4th. In the first welfare night, nearly 2,000 volleyball fans met at Moron Stadium to vibrate with the match v Boca Seniors' (last two seasons League Champion) and then v Cuba. The second welfare night will take place this Saturday evening but this time at Ferrocarril Oeste in Buenos Aires city with both same matches. 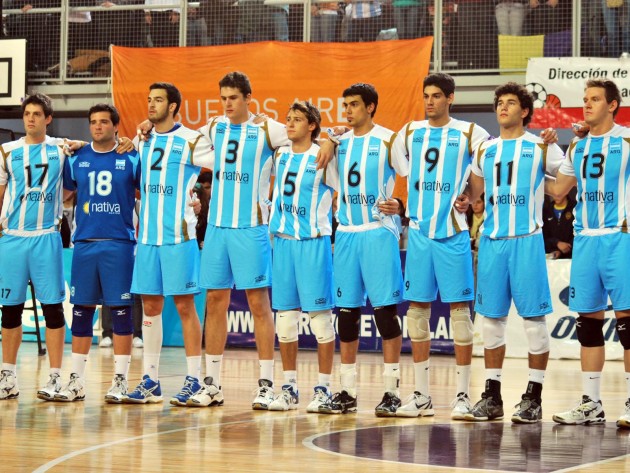 The event took place at Instituto San José, that has a state-of-the-arts Gym starting at 19.00 and with fans queuing long before the doors opened to see both national teams in a very festive welfare evening to help the clubs damaged.

After the matches the organizing committee gave both light blue – white jersey teams awards to thank for their collaboration.

First the Argentine Seniors’ Team faced Boca in a match used by Horacio Bastit to give more experience for the girls that will face beginning May a very hard South American Olympic Qualification Championship in Brazil while then, Argentina v Cuba faced themselves in the first open match (played three friendly matches closed to the Media and audience to four sets each at Cenard facilities beginning of the week).