While the Argentine Seniors' are travelling to China, at the other end of the World, arriving to Macao next Tuesday, the main coach of the team, Horacio Bastit, prior to leaving Buenos Aires talked about the hard three pools Argentina will face at the FIVB Grand Prix 2012 in their second consecutive season participation. 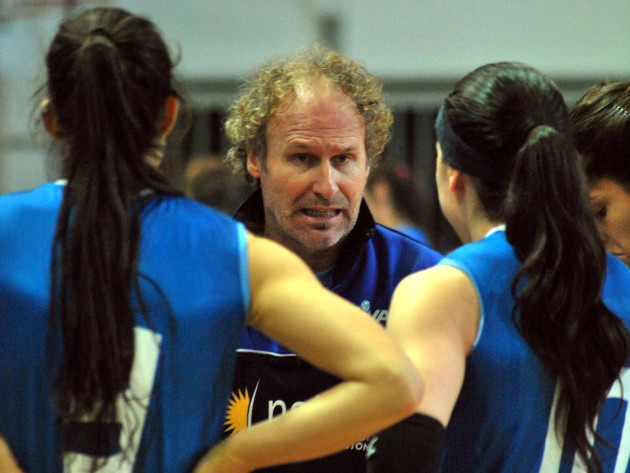 As it is the most important annual competition organized by the International Volleyball Federation for Women Teams, the Grand Prix is a competition where all the teams want to participate but Bastit makes it very clear, Argentina must not do a good season but mainly the goal is to maintain its participation at this competition. Therefore he added: “it will be an outstanding preparation for the Pan-American Cup 2012, tournament that for us is the most important of the international season as it qualifies for next year’s FIVB Grand Prix“.

The matches against some of the best teams of the world gives us more experience and helps the team grow. “To play nine international matches of the best level during three consecutive weekends against powerful teams like USA, Serbia and China are for us the best, no doubt with a very positive balance” he added.

But these rivals have a second thought: “We face three very difficult pools. Last year our excitement was to participate for the first time playing and winning a match at one of the three weekends and we finished winning two matches v Dominican Republic and Cuba, at the start of the tournament with nearly no preparation but this year we look forward to get more victories even though the rivals are harder. “

He ends mentioning: “there are teams we can face at the same level like Thailand, Puerto Rico and even Cuba. We will try to obtain victories against some of them“.

PHOTO OF THE DAY: New jerseys of...