“Argentina played a good match all the way through, with good defensive plays and execution. The experience in the cup has been good for us to learn after using new and different players on the court,” Canada’s captain Brittney Page said. 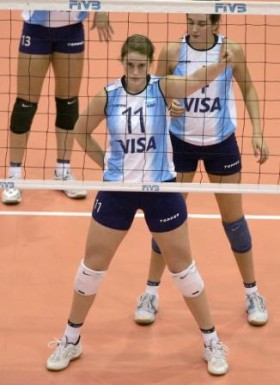 “We are glad for the victory”, Argentina’s Sosa said. “At the beginning of the match we felt some kind of pressure because this was the match we had to win and played to stop Sarah Pavan, who’s one of the best spikers of the world.”

For Arnd Ludwig, coach of Canada his team “played better than yesterday (against Costa Rica) with fewer unforced errors, but with a lack of power.”

Meanwhile Horacio Bastit remarked: “Canada played an amazing first set and we could not use our service. They defended much better. We like the style of Canada, and it is logical that a team in transition has some ups and downs.”

NORCECA W: Brazil to play for the gold medal

Argentina: Schedule of games Serie A1 –...