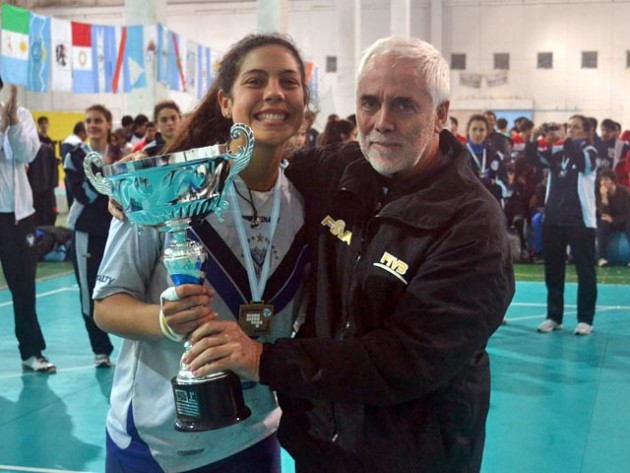 During the morning the two finalists obtained their places. Velez overcame San Jose 3-0 in semi-finals after a terrific quarter-final match v El Tala on Thusday night while Freyre got revenge over Mar Chiquita with reference to the preliminary round by a 3-1 result.

The other teams meanwhile fought for their final standings with the Cupper Cup won being played in the newly state-of-the-arts venue of Miramar, by Atenas de Cordoba. In Chapadmalal, Bell defeated San Martín de Formosa in the final Bronze Medal 3-1 while Nautico Avellaneda did the same over Gimnasia de Rosario to win the Silver Cup.

The final match was a terrific fight from the start with Freyre not leaving the chance of winning the first cup of the season but then with Sol Piccolo – the MVP of the competition – the winner started growing in confidence and output with outstanding serves and spikes. Velez got their momentum getting wide differences in the other sets to win 3-1 and their second consecutive U 18 Cup.

RUS M: First round of the Russian championship summary