With an outstanding performance, the Argentine Youth' Boys Team qualified for the final match of the South American Championship this Saturday after defeating Chile in three straight sets and obtained one of the three berths at stake for South America for next year's World Championship. Read latest volleyball news on Worldofvolley.com. 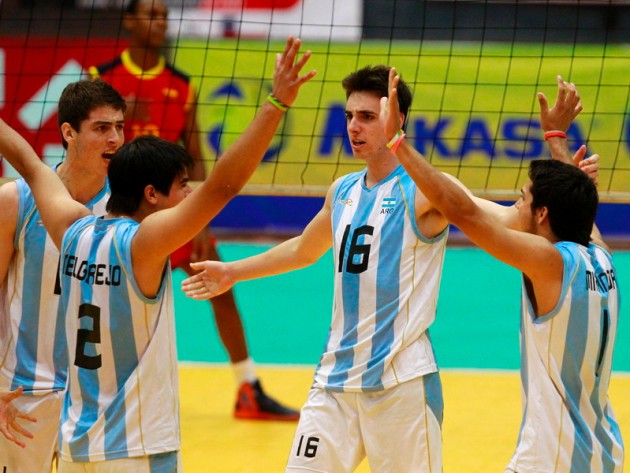 This Sunday, at 15.30 Argentine time they will face once more their “classical” South American rivals, Brazil that overcame Venezuela also 3-0.

In the semi final match Argentina gave the responsibility to Nicolas Lazo, that did not participate on the previous matches and this time as starting line-up gave Argentina together with German Johanen and Brian Melgarejo the victory with over 40 offensive points.

For Chile the top scorer was Dusan Bonacic, best scorer of the match with 18 points but not enough to give his team the victory even though at some times they showed a great parity with their light blue – white jersey rivals.

This Sunday for Argentina it will mean retaining the title won in Brazil in 2008 and Venezuela 2010 while Brazil wants to recover what they lost in the last two competition. While Argentina and Brazil already won their Mexican tickets, Chile and Venezuela will try to win the bronze medal and therefore the third berth for the international word tournament.