ARG M: Bolívar and UPCN taking up arms for title for the 6th time

Personal Bolívar prevailed in a thriller against Ciudad Vóley on the road in Game 4 of the Argentinean men’s volleyball championship Liga Argentina de Voleibol Banco Nación 2017/2018 playoff semifinals, which was held in front of the packed stands at Gorki Grana gymnasium (2,500 spectators). 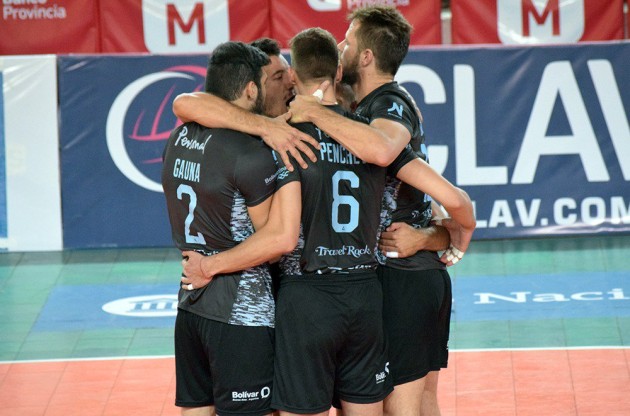 No.1 Bolívar and No.4 Ciudad contested in the first tie-break in their playoff semifinal series in which the defending champions prevailed after two hours and two minutes, partially 25-21, 18-25, 20-25, 27- 25, 15-11. Thus, Bolívar advanced to their 12th ever playoff finals by claiming the series 3-1. As for Ciudad, they ended up by leveling their best result in the tournament of being among the top four teams for the second consecutive season.

Bolívar and UPCN will play each other in the playoff finals for the sixth time, 4th in a row. So far, UPCN were more successful – 3-2. In case of becoming the national champions, UPCN will tie the number of Liga Argentina titles won by their fierce rivals at seven.

The best-of-five playoff finals set off on April 6, with Bolívar having a home-court advantage in the series.