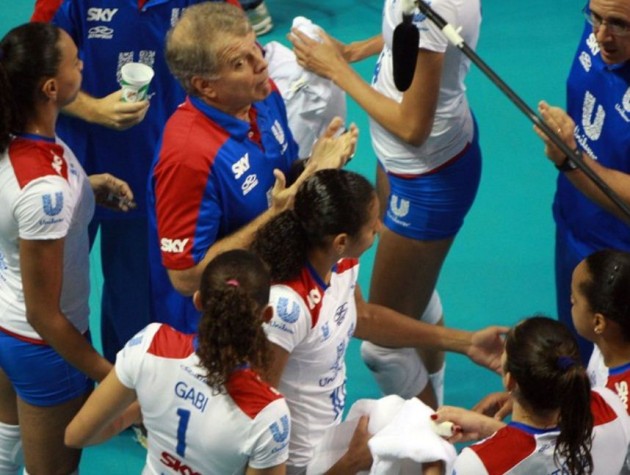 “Sesi has grown, they had good games and lost tough matches, played well, as in the last game against Osasco. Tandara, Elisângela, Sassá, are just a few players that are playing very well. We know them well, but they also know us. We had a good week of training and I hope that we will show more consistency throughout the game“ Bernardo Rocha de Rezende said.

After a bumpy start, Sesi-SP had some great games, like the one against Osasco last week. Despite the defeat, the team snatched a point, remained in fifth place and left the other opponents alerted.

“Sesi is a team that requires much study. We need to get focused and have disciplined tactics to achieve victory. They have experienced players like Dani Lins and Fabiana. Hopefully the public will attend the game in big numbers, and the fans will be another point in our favor in search of a positive result” Juciely said.

POR W: Portuguese girls get ready for their European debut

Brazil traveled to Kyoto by train