Sollys Osasco had trouble with Sao Caetano which is second to last in the Superliga but won 3:0. At the moment they are first in front of Unilever and Praia Clube. Adenizia commented the game. For more latest volleyball news visit worldofvolley.com 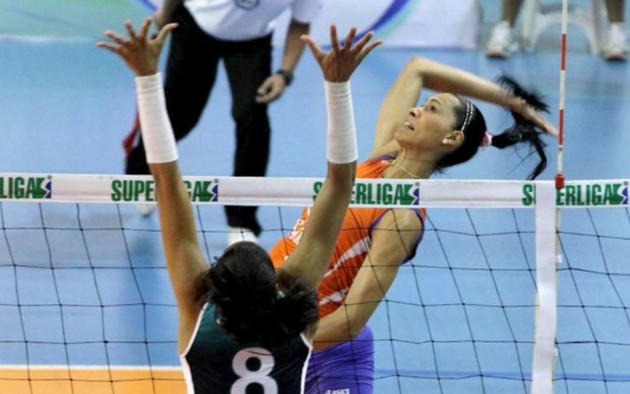 The game got complicated for Osasco. They were missing more than their opponents (ten points were given in the first set). The home team had much difficulty against good service from São Caetano and had problems in pass. Gradually, however, the defending champion was starting to comeback. They were ahead on the second technical timeout (16/15) and even with the tight score, won the first set by 25/22.

The story of the second set was quite different. Sollys had 10 points advantage and won it with ease by 25/17.

Osasco started well in the third set, leading five points on the first technical time: 8/3. The home team remained in front for most of the set, but São Caetano reacted and managed to catch up (21/20). The duel was tied, but the crowd helped and Osasco won 28/26 the set and the match by 3-0.

“No easy games in this Superliga. There are a lot of surprises in the league. Our team missed a lot today. All teams want to win, especially against a top team like Osasco. We have to open our eyes, train harder and go up in our form.” Adenizia said.

ITA W: Cuello – Save the dignity of this sport