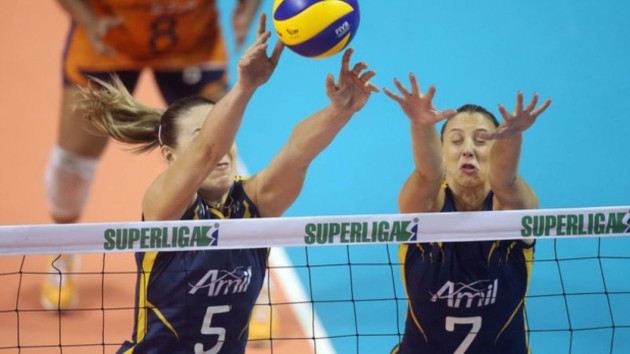 With their block working well, Volei Amil easily closed the first set 25-17 in 27 minutes. Tandara made seven points in the second set, and heleped her team tie the game 23 to 25, in 30 minutes.

The sovereignty of Sesi was repeated in the third set. Right away, they opened 0-3 and just increased their lead through the set to win: 15-25.

Volei Amil surprised their opponents and returned with much more concentration than in the previous set. The home team held a few point lead of a few points until the end of the set and won 25 to 23.

In the fifth set the teams were changing in the lead. Yhe victory came with an error of the opponent, and Volei Amil won 15-13.