Unilever defeated Usiminas Minas 3:0 and now with 34 points stands at the tops of the Brazilian Superliga. Unilever meets Praia Clube, and Minas faces SESI in their next games. 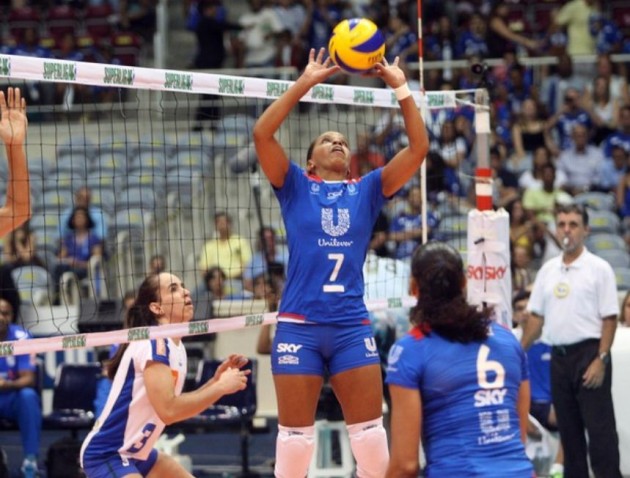 Unilever opened 5-1 at the very beginning of the game, and gave the impression that it needed a few minutes to run down Minas and win the first set without any problems. And that’s exactly what happened. They won 25:14.

The second set was much like the first. The only difference was that Minas was in the game until the first technical time-out, when the game was still played point for point and Rio de Janeiro won by only 8-6. Then Unilever mada a 17-3 series and closed the set 25-9 in just 19 minutes.

Unilever started with 9-2 lead in the third set. Minas managed to decrease the difference, but did not threaten the victory of the hosts who closed the set with 25/21.

For more volleyball news from this coimpetition click on Brazil.