Volta Redonda got to its second consecutive win and stays on the heels of Sao Bernardo. They defeated Medley Campinas in five sets 3:2. Marcos Pacheco commented the game. For more latest volleyball news visit wolrdofvolley.com 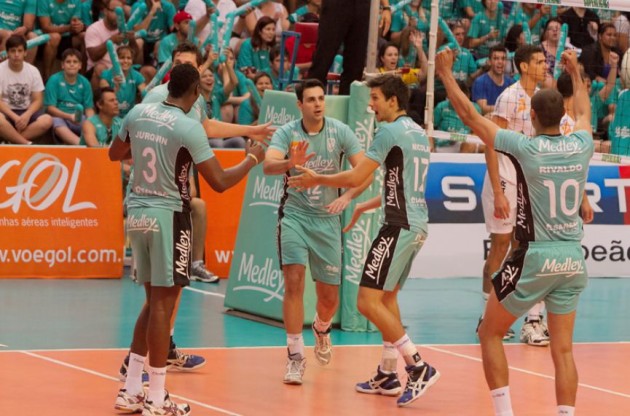 Volta Redonda now has the sam number of points as Sao Bernardo – 21. They will continue to fight for a spot in the playoffs. Campinas is further away from their goal to make it to the top four. It was their second consecutive loss in the tie break.

After the match, Marcos Pacheco criticized the attitude of his team in the last two sets: “Determination is very important in sport, will to win. In the early sets the team alternated in tehnical terms, but after that they were much more motivated. We must analyze what went wrong, because we had a bad performance in the fourth and the fifth set.“