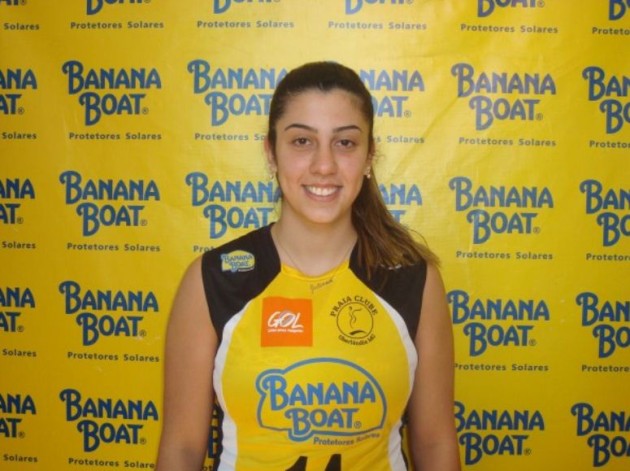 “I would appreciate this opportunity.“

It was in this way that Juliana Carrijo, Praia Clube‘s setter, spoke about the possibility of being called to the national team.

“I’m not expecting to be called, but if I am, I will answer. I’d rather not make any plans. If it happens, it will be wonderful.“

Juliana was a highlight of the Superliga and a cornerstone for Praia Clube‘s good campaign:

“I think we did well. We played very good volleyball and our fans should be proud of the work we’ve done” says Juliana.

The player admits that the absence of Herrera weighed and that the team could have gone further:

“She was injured when she was the highest scorer of the competition. This perhaps explains.“

“I am grateful to Praia. I’m in town and I love working with Spencer. He knows how to treat a player. He treats us with respect and always finds a way to find alternatives. But let’s hope that in the next few weeks it will be set.“

At 21 years old, Juliana Carrijo says is inspired by Fofão. The two lived together in São Caetano.

“She is a mirror. Professional, humble and very correct. I learned much form Fofão” says Juliana.

To read more volleyball news from this competition click on Brazil.

Has volleyball ever had a bigger rivalry?...